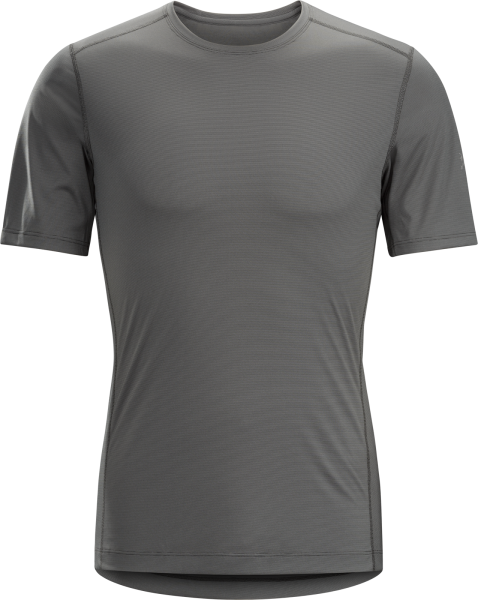 The Phase SL Crew SS (T-Shirt) is a very universally usable T-Shirt for almost every outdoor activity. In summer alone, in cooler seasons as the lowest layer. The material shows a high moisture transport, is hygrophobic (absorbs almost no water itself).

The advantage of functional underwear in general is that the material, even if it should be wet, only loses little insulation capacity. This keeps you warm even after a sweat-inducing activity, even during subsequent breaks (e.g. hide), and the functional underwear dries again due to moisture transport to the outside.