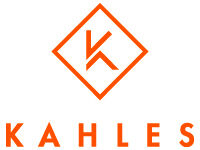 The Austrian company Kahles has been equipping hunters and marksmen with passion and professionalism for over 120 years. The company, which is rich in tradition, ensures that ambitious hunters and marksmen can rely on well thought-out, uncomplicated equipment through the constant further development and innovation of its products. Thanks to extensive experience and a deep understanding of the user, Kahles can concentrate on what is important: the really essential!

Manufacturer of optical instruments since 1898

The manufacturer Kahles was founded in 1989 by Karl Robert Kahles in Vienna and looks back on a very long history. In fact, the tradition and the wealth of experience goes back even further - to the year 1823, when the company Simon Plössl was founded. In 1989 Karl Robert Kahles joined forces with this company and with the opto-mechanical workshop of Karl Fritsch and founded the company KAHLES.

The core business has always been the production of optical equipment for hunting and shooting. In 1900, the company presented the legendary TELORAR rifle scopes for the first time, which already convinced with absolute precision and reliability. The company also produces telescopes, binoculars and optical components.

The breakthrough with the MIGNON rifle scope

The company's wide range of optics does not change even after the early death of the founder. In the second generation, the sons Ernst and Karl Kahles continue to run the company and ensure an economic upswing with optical precision instruments. The MIGNON rifle scope, launched by Kahles in 1908, is considered a breakthrough. The MIGNON rifle scope was sold all over the world and is still used by hunters today. This gave the rifle scope the reputation of being indestructible.

After the Second World War, the Kahles factory was almost completely destroyed and the owner and grandson of the founder, Friedrich Kahles, who is now in charge, puts a lot of energy into rebuilding the family business. Over the next few years, Kahles will be able to work its way back to the top of the industry with various new products and innovations. Among other things, the company succeeds with waterproof rifle scopes, an achromatic multi-layer coating for up to 90% light transmission and an innovative automatic switch-on and switch-off system for illuminated reticles.

The tradition of the Kahles family lives on

In fast-moving times, Kahles stands for durability without exception. The company also shows this as a living family business: Karl Robert Kahles merged two renowned optical manufacturers with the foundation of the company in 1989 and laid the foundation stone for today's high-end company. The sons Ernst and Karl Kahles expanded the company internationally. After the destruction during the Second World War, Karl Kahles' widow Elisabeth and his son Friedrich rebuilt the company. The family dynasty ended with him, but the company, today renamed Kahles Ges.m.b.H., with its headquarters in Guntramsdorf near Vienna, continues the family tradition. As part of the Swarovski Group, Kahles has remained an independent company, but benefits from the synergies of the worldwide premium manufacturer Swarovski.

The product range continues to focus on rifle scopes - for hunters and marksmen - as well as binoculars and optical accessories. The HELIA rifle scope, which was first introduced to the market in 1926, is considered to be particularly suitable for hunting. It has a powerful lens with a large field of view and high robustness. The riflescopes for hunting convince with functionality and reliability. Each model is designed as a perfect tool for hunting and should support the hunter in the best possible way. In addition, Kahles offers the HELIA binoculars with and without rangefinder. They also convince with their robust, functional characteristics.

The K-series for sport shooters is characterized by an ergonomic design and intuitive handling, in order to be able to retrieve the best possible results in competitions such as benchrest shooting. Rifle scopes and optical accessories help the marksman to push individual limits.

We at Titanium-Gunworks.de are convinced of the reliable quality and the solid price-performance ratio. Especially in the middle price segment Kahles convinces without exception. We would be happy to advise you on the products in our shop.